No, I don’t mean that famous one you know because of light bulb. This time it’s about Intel Edison, computer-on-module, that was used to transform the idea into a real product.

You know that holding a bag in one hand and super tasty ice cream in another hand (maybe beer, nice chick or simply whatever), while you need to open the door… Yeah, it pretty sucks.

Well, the idea for the last project to compete with in “Live IT projects” was more than clear. The goal was to create a Voice Controlled Lock in the form of an IoT device – IoT Door Station. Device that would process a voice produced by a microphone placed on the door. Basically the “same principle”, that is used for your doorkeeper. You speak into a door microphone and your friend on the other side of the line opens the door for you. But human gatekeeper can be replaced by AI gatekeeper.

The project was initially about Edison only, but our application is now capable to work as a separate IoT device. This solution is  designed to work independently from particular hardware solution. The IoT Door Station is controlled via external system – it pulls necessary information from user management.

As of architecture we used, better see than read 🙂

IoT Door Station is able to record human voice, extracts unique features (e.g. process it via FFT and Mel-frequency Cepstrum into Mel-cepstral coefficients MFCC) and allow defined persons to come in based on voice recognition.

Even with the ice cream 😉 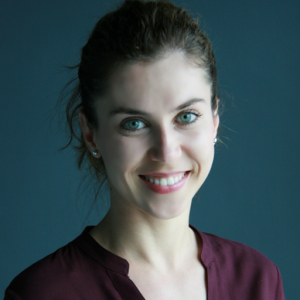 "Spontaneous little ball of energy." My friend said these words about me a long time ago. Still true :) And such energy guides me on the path of business development and marketing.